“Steve Rogers struggles to embrace his role in the modern world and battles a new threat from old history: the Soviet agent known as the Winter Soldier.” –IMDB 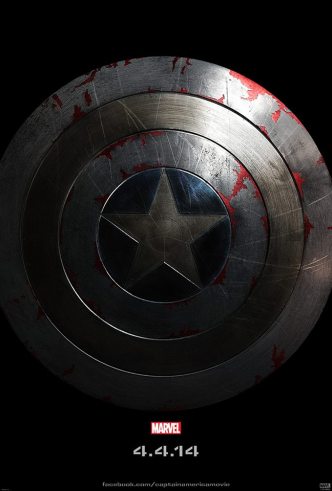 A+ movie, will definitely watch …for the third time? :>

(SPOILERS AHEAD) (A BIT)

The second installment to the Captain America series (and the nth one for Marvel Cinematic Universe in general) exceeded expectations. To be fair, my expectations for this movie amounted to the very small burden of “I hope this isn’t as boring as the first one”. But it was definitely less boring and had more of everything, from meaty plotlines, smarter lines to subtler humor, so here are four things to look out for in this superhero movie:

Content (Plot). The prequel The First Avenger was an acceptable lead-up to The Avengers, Iron Man 3 and The Dark World were both visually appealing and effects heavy sequels to the same film. But then TWS came and had elements of both: an entertaining story and an even stronger answer to the question where do we go next?, becoming the game-maker for Marvel’s phase 2. The political thriller aspect of TWS makes it clear who we can or cannot trust and who exactly will be calling the shots in the next team-ups. The added grit and realism makes it more grounded, smartly relevant and gripping. It does make us ask a few more questions about specific endings, like what happens to Agent Hill (or, you know, Coulson’s spin-off series), Natasha Romanoff or Sharon Carter (!!!). We can’t wait for what happens next.

Characters. The acting and the dialog aren’t necessarily groundbreaking or consistent, but they do round-up to an overall stellar performance. Laudable for his performance, Anthony Mackie’s Sam Wilson is engaging and charming. Even without knowing his name or his actual capabilities for the storyline, the audience is already invested in his quick smile and witticisms. The theme of trust in this new world is well-played throughout the film, evolving most characters like Fury, Romanoff and Steve Rogers. Their ability to pull-off being larger than life yet realistic superheroes is in full effect as Black Widow and Captain America transition from in cognito to costumed modes. This is the movie where I fell in love with Captain America (third time’s the charm).

Necessary to mention are the performances of Stan as the Winter Soldier, who cuts an imposing figure across every (action) scene, Redford as the villain, and the side characters adding to the flavor, like Agent 13 and Rumlow.

And oh, the romances! The easy banter and the bonding-over-adrenaline moments of Natasha and Steve are awesome, and I wouldn’t mind seeing more of their friendship grow. The same goes for the more nostalgic and definitely sadder tone of Bucky and Steve’s relationship.

Choreography. Stretching the limits of good fighting sometimes to the point of incredulity, The Winter Soldier offers some of the best stunt scenes I have ever seen in this universe. It’s not mostly CGI like IM or Thor; in fact, the hand-to-hand and on the ground nature of the scenes makes it more visceral and full of suspense. Some fictitious technology admittedly helps a great deal, but majority of the action comes from good old flesh and blood smackdowns, and I loved it.

Batroc (played by a former UFC champion, which was cool) versus Cap’s fight is testosterone-heavy but kicktastic (heh), and all of Black Widow’s action scenes are gold and enviable (as usual). Cap’s maneuvers with the shield as an offensive weapon, especially in the escape from S.H.I.E.L.D. sequence (that elevator, and then that plane, and then what wow), are entertaining and brilliant.

Continuity. And again, in the manner of Marvel films, the incorporation of certain characters coming from other movies or even webisodes is still exciting, like that off-putting Senator Stern, a very large and insidious old enemy and Jasper Sitwell to name a few. We will always ask the same questions (where was Tony Stark/Hawkeye/etc?), but the plot offers the best possible kick-off point for the next series of grounded Earth movies (Guardians of the Galaxy not really counted), with the introduction of new characters and the disbandment of a certain organization. The mid-credits and post-credits scenes both had a nod to the past and a question for the future –absolutely intriguing.

I can’t wait for the next instalment! But before I end this, I would just like to thank: