If asked what prompted me to choose medicine as my dream profession, I would answer in several ways:

But a decade studying is a daunting thing to consider (), so several days ago I decided a bit of career testing is in order.

Presenting mafa.com doctor games, and how I helped Elsa to happiness. Basically I think I’ll be ace in this doctoring business. First I did a bit of brain surgery on Anna (as recommended by Tumblr).

Now, I was pretty concerned with my patient right at the start, because apparently one of her brain tumors was her sister. Thankfully, I was able to excise the problem using a knife and a magic wand.

Next, I found out her sister had the same problem. I had to wonder: does the royal family suffer from a heritable brain disease? Is this the real cause for their parents’ deaths? Who knows.

By this point, I was reasonably confident in my ability in the field of neurology and neurosurgery. I’d even say my use of a carrot is breaking the boundaries of modern medicine.

I needed something different to test.

Upon learning the happy news that my patient was also expecting a child, I set out to try my had at gynaecology/obstetrics. 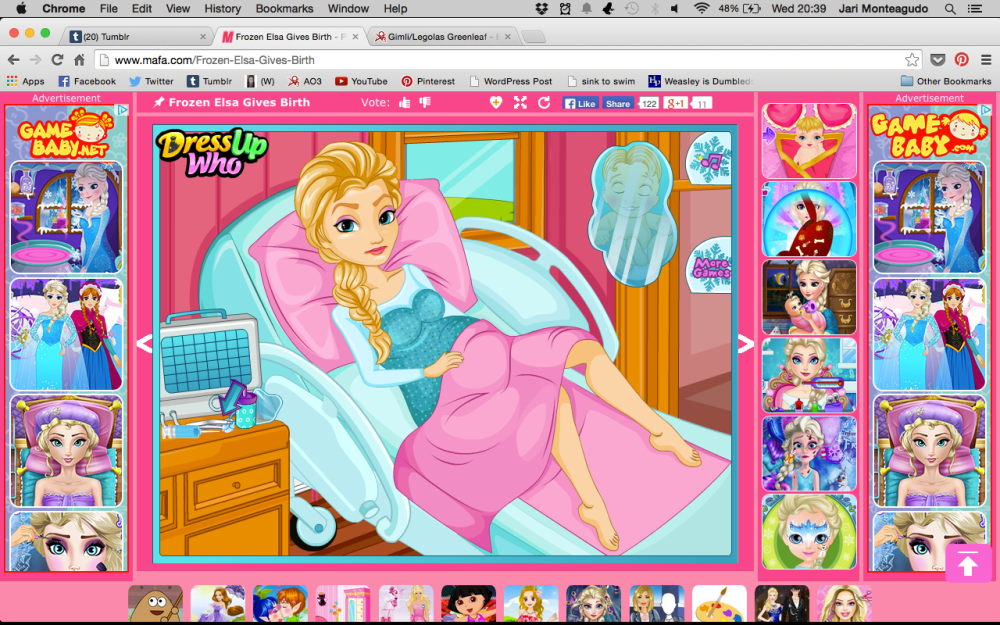 I began to wonder if mafa.com provided medically accurate exercises… I was a bit perplexed at the sight of a floating ice baby outside the womb. But my patient was in high stress, so I carried out the procedure and ignored the rest.

As I expected, I performed exceptionally well. The royal baby and heir to the throne came out well-formed.

The thick hair of the new child, the clear eyes and the matching diapers pointed to one building conclusion: I am dealing with magical medicine. While I’m not sure how applicable this would be to real life, I will never say no to mastering additional disciplines.

Time to step into the field of gastroenterology.

Though the case is clearly labelled “Frozen Elsa Belly Pain”, I cannot decipher how dressing the queen up is in any way relevant to the digestive system. But perhaps this is how magical queens work.

I continued to do my best. 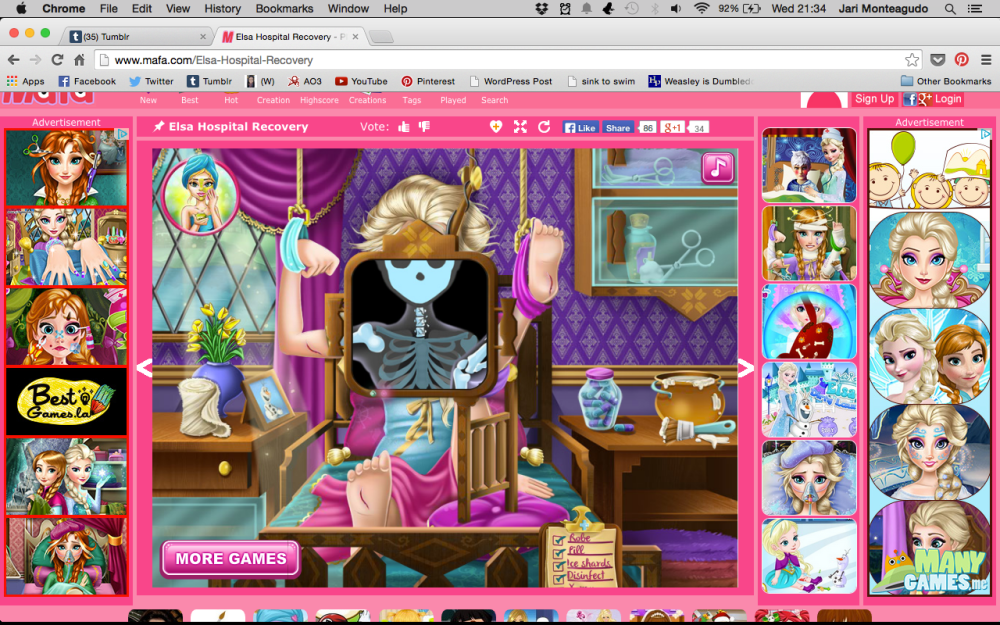 After being called to the royal quarters after the queen’s sledding accident, I was quite surprised to see her still alive (with her neck, both arms and one foot broken; as well as multiple bruises, deep cuts and the lack of a hinged jaw).

I also noted that she had a bedside photo of Olaf and no one else. Interesting material for castle gossip, I’d say.

But patient-doctor confidentiality is important, so I remain quiet.

Despite the well-documented affinity of the Queen to ice, she still contracted a flu after exposure to strong winter winds.

Whoever gave her ice powers definitely did not give her much regard.

#3. Queen’s internship as a nurse. In a surprising turn of events, the queen applied to become a nurse and began to practice as well. Who was I to question royalty?

As I endeavoured to aid Nurse Elsa in her internship, I also sought to stop myself from noting her exceptional and wrong-universe patient.

If it’s not too obvious yet, I had waaaaay too much fun with this. Haha!

I used to play these online games all the time when I was younger. :) I even had a real life doctor kit which I used to mock treat my family.

And if I haven’t mentioned before, I don’t have much love for the movie Frozen. I wrote about it a bit here, based especially on this article.

Also, my love for Gimli/Legolas shows through the screencaps. *Throws hearts*

…I have so many ideas lined up for writing, but this came out instead. Uhm. Yeah. Life.