My holiday break could be defined simply: unproductive, probably fattening, and also consumed by this groundbreaking popular anime called Yuri!!! On Ice.

Plot summary After suffering a crushing defeat during the Grand Prix of Figure Skating Final and other failed showings at other skating competitions, Yuri Katsuki develops mixed feelings about ice skating and puts his career on hiatus, going to college in Detroit and later returning to his hometown of Hasetsu in Kyushu. He visits his childhood friend Yuko at an ice rink known as “Ice Castle Hasetsu” and perfectly mimics an advanced skating routine performed by famous Russian figure skater Victor Nikiforov, who is Yuri’s idol. When secretly recorded footage of Yuri’s performance is uploaded to the internet, it catches the attention of Victor, who travels to Kyushu and offers to coach Yuri and restart his figure skating career. Together with Victor, Yuri aims to win the ISU Grand Prix of Figure Skating series as he battles against his rival, Yuri Plisetsky, a 15-year-old rising star skater from Russia.

In my humble opinion, this anime has taken the figure skating world by storm. Famous figure skaters like Evgenia Medvedeva and our very own Michael Martinez have professed to being fans; and now droves of figure skating newbies like me are following the sport as it goes. And for good reason.

It’s hard to define what makes Yuri!! On Ice so special. It’s well-written, true, and the animation of the key skating routines is breathtaking. Maybe it’s in the characters and their relationships (which, to be fair, is the heart of almost any anime). Maybe it’s in the showcase of both racial and sexual diversity.

how YOI kind of changed my life, aka I am now following this sport

The anime inspired me enough that the first lunch I had out this year (with ate Risa) simply had to be katsudon. Because that’s how you should always reward yourself. 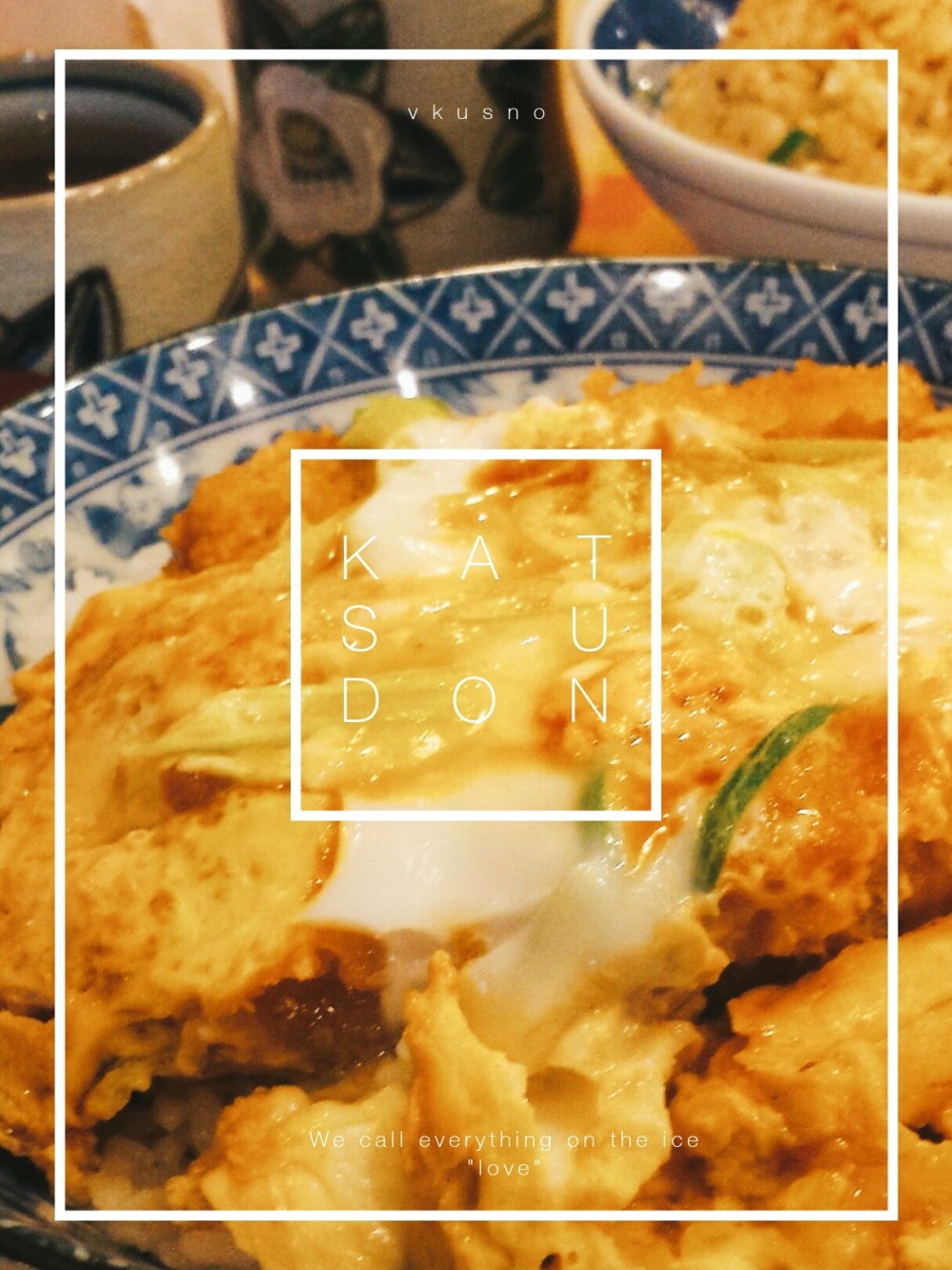 When the show ended, I found myself bereft of the beauty of skating. It’s a beautiful art. I turned to YouTube, and, through the magic of predictive data analysis, was recommended actual skating videos.

I am now definitely a fan –enough to have “favorite” skaters, though I think I naturally gravitated to the ones with the most videos available on YouTube.

I’m a fan of Stephane Lambiel (that sexy beast!!),  Yuzuru Hanyu (my son, who has been breaking world records left and right), Evgenia Medvedeva (precious soul) and Michael Martinez (smol turned tol Filipino right there!! seriously how is he hot now).

My YouTube Liked playlist is full of their performances. Here’s a sample for the curious!

*There’re better versions of everything floating around YouTube but I couldn’t embed them.*

This is one of Yuzuru Hanyu’s best performances, imo. He kept breaking the world records he set himself in this tournament series. History maker right there. His performances are always so clean they leave me breathless.

Another world record breaker (setter?). Evgenia Medvedeva is like, 17 years old and a cosplayer. And a champion??? Another history maker. I love how she tells a story every time. I hope she continues skating as she grows older and as her body changes.

Stephane Lambiel is a gift. I like his interpretation and modern exhibitions. He’s not actively competing anymore, but he won tons of medals too. Plus, he had a cameo in the anime!

MCM is one of the few South East Asian figure skaters out there, and he’s often compared to the anime’s Thai character Phichit (he compares himself LOL also literally both of them don’t have (many) quads in their repertoire yet).

I actually can’t believe I didn’t appreciate him enough when he first entered the national news cycle several years ago; it really is a big deal in some ways.

He still can’t land quads, but he’s gonna do it soon I hope!! Apparently he taught himself how to do a triple axel just by watching it on TV?

I’m definitely looking forward to the World Championships and to the next season of Yuri!! On Ice (I’m wishing for more cute dogs, and also more female skaters!!! Maybe even some dare-I-say-it gay female skaters!!!!!). So much love.