Is it still a [ random movie time ] if I sit down to deliberate on these movies, days after the fact?

IT WAS OKAY. Everyone’s happy to throw the Oscar word around this 2018 rock-pop drama, but to me it was… okay. Seasoned musician Jackson Maine (seasoned actor-diretor Bradley Cooper) struggles with alcoholism, depression, and his relationship with struggling-artist-composer-turned-hesitant-pop-machine Ally (definite pop sensation Lady Gaga). The acting was mostly convincing, the songs were superb, but the whole movie felt too serendipitous and romanticized even until the end.

DID YOU SEE MY [MONEY]? In a cinema complex offering both Bohemian Rhapsody (another Oscar-buzzing movie) and Fantastic Beasts (a definite box office hit), I instead swerved for this relatively-expensive movie. This limited run documentary takes a peek behind the incredibly successful 2017 concert tour of BTS. The film is now the best selling music documentary of it’s kind, surpassing One Direction’s Where We Are (2014). I haven’t bought any merchandise for my boys, but I have paid a dollar or several to watch their limited edition content. Worth every peso. 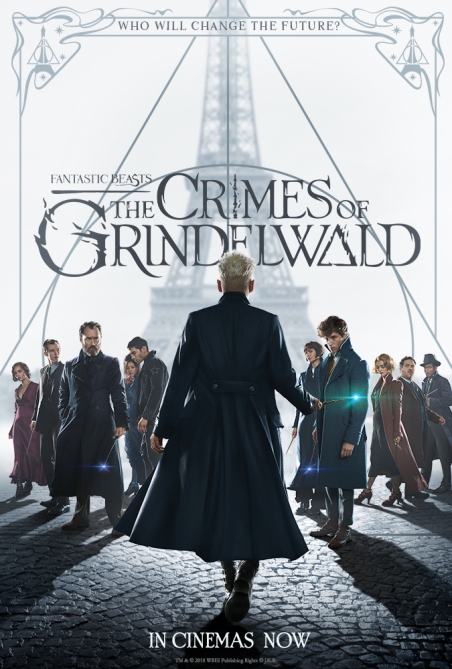 NOT ENOUGH BEASTS. With a five-movie franchise billed as “Fantastic Beasts”, you’d expect at least an hour’s worth of magizoology footage in each film. Alas, we are stuck instead with weird plot turns, hinted prophecies, and retconning from JKR herself. In ‘The Crimes of Grindelwald’, Johnny Depp still fails to be the right kind of creepy (95% of the time). Also, watch two or three great characters suffer poor development arcs (or death).

That’s all for now!